The tutorial below will show you How to Install and Watch MTV on Firestick using a step-by-step guide. If you own a different Fire TV device, such as the 3rd-gen Fire TV pendant box, Fire TV Cube, or an Amazon Fire TV Smart TV/soundbar, then you will still be able to install the MTV app on your device.

The Amazon Firestick is undoubtedly the best-selling streaming device of all time. It’s because of the affordable price tag and the availability of several popular streaming services, such as Prime Video, Netflix, Disney+, Hulu, and many more.

Following the sudden surge in the cord-cutting community, Firestick has been selling like hotcakes, especially in the United States. As a result, major television networks are also moving forward to the streaming business. Popular American channels, such as ABC, AMC, CBS, NBC, TBS, and HBO already have their dedicated streaming apps for the Fire TV platform.

MTV is also available for streaming on Firestick, in case you are wondering. Whether you are finally cutting the cord or looking for an alternative solution to watch live and on-demand MTV content, you can continue following this guide to learn more.

What Does The MTV App on Firestick Offer?

Although MTV (Music Television) formerly started as a music-oriented channel, it now has a wide range of reality, celebrity, and competitive shows. The MTV app lets you watch full episodes of both the latest and classic MTV shows. It also offers exclusive content, such as bonus clips, deleted scenes, cast reactions, and commentaries.

Shows from CMT (Country Music Television) are also accessible via the MTV app since CMT is a subsidiary channel of the MTV Network. Besides on-demand programming, you can also stream the MTV Video Music Awards and MTV Movie Awards live, as well as get access to red carpet highlights and exclusive backstage interviews.

Note that only a handful of MTV shows, original series, and MTV news clips are available without signing in with a television provider. If you want access to MTV’s real-time live programming, then signing in with a TV provider is a mandatory requirement.

How To Install MTV On FireStick Guide

It’s very easy to install the MTV app on Firestick, as it is already available to download in the Amazon Appstore. In case you don’t know how to install apps on Firestick yet, you can follow the steps below to get MTV on your device. 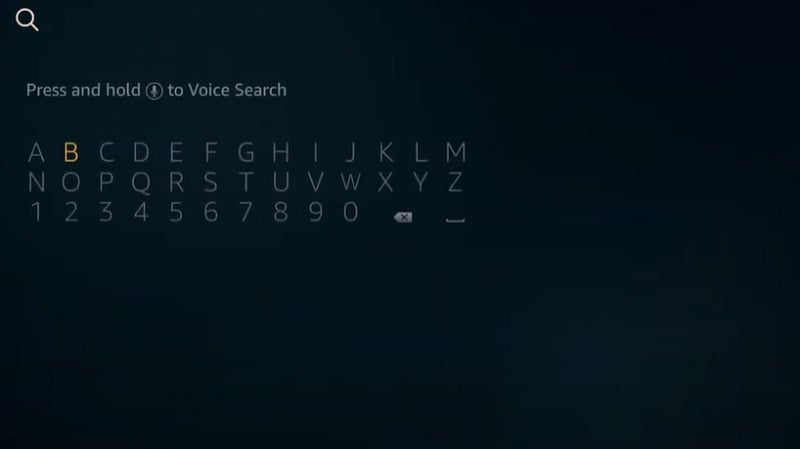 After the installation finishes, you can go back to the Fire TV home screen, scroll down to Your Apps & Channels category, and launch the MTV app on your Firestick.

In case you can’t find the MTV app in the first row, move right to the end of the row and click See All. You will see an expanded list of all the installed apps, from where you can find and launch the MTV app.

Steps To Activate MTV On Firestick

Activating the MTV on Firestick is relatively simple. The following set of instructions will show you how to do it: 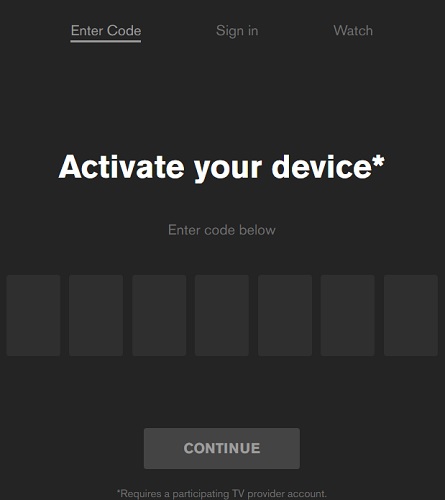 Once you successfully activate the MTV app, the home screen of the app will show up automatically. You can now watch your favorite MTV shows via the app.

If you don’t have a TV provider account, then you can skip the activation process. However, you will have limited access to MTV’s streaming library.

A Quick Overview Of The MTV App On Firestick

The MTV app consists of a minimal, clutter-free user interface. You will only find three main sections, which are Home, Browse, and Settings.

The Home section lets you scroll down infinitely until you find your preferred content. Shows are organized in different categories, including Featured, All Shows, Reality, Documentaries, and many more.

The Browse section is where you will find all the MTV shows under the same roof. Selecting a show from the list brings up a short description of the show and season-by-season categories of all the broadcasted episodes. You will also find exclusive extras for the selected show.

You can log out of your TV provider account from the Settings section of the app. Except that, pretty much everything else is self-explanatory.

How To Watch MTV Live On Firestick Without Cable?

Since many of you have cut the cord forever, the MTV app isn’t going to be a viable solution for you to watch MTV live on Firestick. However, a few OTT live TV streaming services do offer the MTV channel, which we have extensively discussed below.

Let’s start with the most affordable live TV streaming solution, Philo. For a monthly subscription of only $20, you can watch 50+ popular American channels and access a respectable collection of on-demand shows.

You can get a subscription of Philo to watch MTV, MTV Classic, and MTV Live channels on up to three devices at the same time. Philo’s unlimited cloud DVR storage (30 days) and personalized profiles are also a welcoming addition.

Download and install the Philo app from the Amazon Appstore, then visit try.philo.com to sign up for Philo’s 7-day free trial.

Pluto TV is known for its free live TV and on-demand content in the United States. Alongside 250+ channels, you can watch the MTV channel for free on Pluto TV.

Although it doesn’t offer DVR storage or the best stream quality, you won’t even need to sign up for a dedicated Pluto TV account. Also, you will find multiple MTV channels in the channel guide, which are not found even on paid streaming services.

You can follow our guide on how to install Pluto TV on Firestick, which we have covered quite recently.

AT&T TV NOW has recently added MTV to its list of channels. You can go for either the $55 PLUS or the $80 MAX monthly package to watch the MTV channel live on Firestick.

AT&T TV NOW also includes the premium HBO channels and 500 hours of DVR storage in its PLUS and MAX packages. While it is an expensive live TV service, it does offer superior stream quality and a vast channel catalog compared to Philo and Pluto TV.

Learn How to Setup AT&T TV Now on Firestick

With fuboTV, note that you can only stream on two devices simultaneously. Adding the Family Share ($5.99/mo) add-on to your existing fuboTV subscription will get you one extra screen.

How to Install Fubo TV on Firestick

In this Firestick guide, we have discussed the MTV app and given step-by-step instructions to help you install it on Firestick. If you don’t have a cable TV subscription, then you can check out the list of alternative live TV services for watching the MTV channel live on Firestick.