NBC (National Broadcasting Company) is a famous American television network. It is one of the oldest television networks alongside ABC and CBS. Following the footsteps of other brands, NBC has also decided to focus on online streaming for the upcoming future. The cheapest subscription (with NBC channel) from your TV provider is enough to get access to watch live NBC and stream content on-demand. The NBC app is available on various platforms, including Amazon Firestick. Continue reading this article on how to install the NBC app on Firestick for more information.

The NBC app lets you stream thousands of hours of NBC content plus movies, drama, comedy, reality, late night shows, and many more. You can also access the news and other live NBC channels such as Bravo, E!, SYFY, Oxygen, and more from the app.

Popular NBC shows like Law & Order: Special Victims Unit, Brooklyn Nine-Nine, America’s Got Talent, The Tonight Show Starring Jimmy Fallon is available to watch on the NBC app. Archived classics include TV series like House, Will & Grace, Saved by the Bell, Heroes, and more, which you can enjoy for free. To learn more about the NBC app, take a quick glance at the features below.

Also, Read – How To Install ABC App on Firestick

Features of NBC App on Firestick

How to Install NBC on Firestick

NBC app is officially available on the Amazon App Store, which is easily accessible from the Fire TV home screen. Carry on with the guide below to install the NBC on Firestick. 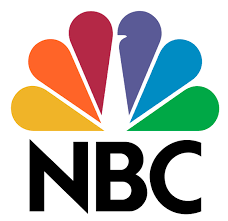 You can launch NBC from Your Apps & Channels section of the Fire TV home screen next time. To activate the NBC on Fire TV Stick, check out our guide below.

How to Activate NBC on FireStick

After installing the NBC app on Amazon Fire TV stick, you have to sign in with your TV provider with an on-going monthly cable subscription (NBC included). Also, sign up for an NBCUniversal account from the official NBC website.

If you are having streaming issues with the NBC app, here are some things you can try to fix the problem:

Check if your Firestick is connected to a strong Wi-Fi network. Note that you at least need a 10mbps internet connection for smooth streaming.

No, it is not possible to stream NBC without a cable subscription.

In this article, we have extensively discussed the NBC app and its features. We have also provided a detailed step-by-step guide to help you install, activate, and troubleshoot the NBC app on Firestick. The NBC app doesn’t make cord-cutting simple, but you can definitely watch NBC content on-demand.