Nowadays, the latest smartphone devices come with big and bright displays while maintaining portability and battery life. It is now possible for us to stream and enjoy movies and TV shows, or even YouTube in virtually anywhere and anytime. But when you are at home, you would rather watch your favorite content on your big-screen TV instead of the smaller one on your smartphone. If you have an Apple device, you probably know about AirPlay. Even though the service is proprietary, you can actually use AirPlay on Firestick to mirror your smartphone display on your TV. In this guide, I will show you how to use AirPlay to FireStick.

AirPlay is a first-party wireless streaming protocol used by Apple products, including iPhone, iPad, iPod touch, Apple TV, and Mac devices. Similar to Miracast on most smart TVs, Android, and Windows devices, it lets you share audio, video, photos, and live streaming the screen from one device to another AirPlay-compatible device.

Unlike Miracast, AirPlay is much better in terms of delivering high-quality audio and video feed. A Chromecast is relatively better than AirPlay, but having an Apple device leaves users with no choice.

However, Apple has partnered with multiple popular television manufacturers including Samsung, LG, Sony, and Vizio to integrate AirPlay with the new-gen smart TVs. You can also cast content from Apple Music on an AirPlay-compatible TV or speaker.

To know more about AirPlay, you can go through the list of features below.

Features of AirPlay on FireStick

How to Install AirPlay on Firestick?

As I mentioned in the beginning, Apple’s AirPlay is exclusive to the Apple eco-system only. Amazon’s Fire TV devices are neither certified nor allowed by Apple to use its AirPlay protocol. However, Apple allows third-party device manufacturers to integrate AirPlay to firestick devices.

This means you can download an app called AirScreen on your Firestick, that utilizes the AirPlay API and lets you use AirPlay with an Android device. The app is currently available on the Amazon App Store. Here’s how to install it: 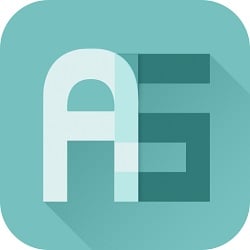 How to Use AirScreen on Fire TV Stick?

After installing AirScreen on your Firestick device, you can easily connect your Apple iOS device to Firestick via the app. If you need help setting it up, you can follow the instructions below.

In this guide, we have briefly discussed AirPlay and its features, including a working method to help you use AirPlay on Firestick. I have personally tested it myself and use it on a daily basis to enjoy content on my TV. You can also try it out yourself by following the precise step-by-step instructions listed here.