It’s a wonderful time for the melomaniacs as the 62nd Grammy Awards ceremony has been scheduled for 26th January of 2020. It is going to be hosted at Los Angeles’ famous Staples Center.

Music fans definitely don’t want to miss out to see who bags the most awards, as well as the song and album of the year chosen by the public and the Recording Academy.

Since CBS is the official broadcaster of the 62nd Grammy Awards and the upcoming ones till 2026, cable TV subscribers can watch it live without any issues. But those who have chosen to cut the cord recently, there are multiple subscription-based services that give them access to the live stream of 62nd Grammy Awards.

If you use a Firestick with your TV for daily content consumption, then continue reading this guide as we show you a few legitimate ways to watch the Grammy Awards on Firestick.

How to Watch Grammy Awards on CBS 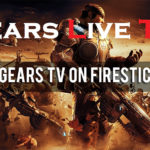 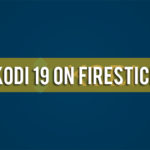 In order to get access to the stream, you will have to create a CBS account first. Visit https://www.cbs.com/cbs-all-access/ from your smartphone or PC, select the CBS All Access subscription plan, sign up for an account, and verify your payment method. As CBS offers new subscribers the first month of service for free, you can cancel it anytime you want.

After signing up, you can download the official CBS app on your Firestick from the Amazon App Store and sign in with your CBS account to enjoy the 62nd Grammy Awards.

How to Install CBS App on FireStick

Note that users outside the United States won’t be able to use CBS All Access service. A VPN service is necessary to use in such cases.

Watch Grammy Awards on Firestick Through Other Services

As previously said, there are several ways to watch Grammy Awards on Firestick. If CBS All Access is not a definite option for you, then you can check out the online live TV streaming below and decide.

FuboTV is not the cheapest option of the bunch, but it is one of the most popular live TV streaming services. Fortunately, CBS is found on FuboTV’s list of 150+ channels. Hence, users can watch the Grammy Awards live on CBS via FuboTV.

The entry-level Fubo Standard subscription package ($54.99/month) has CBS with 100 additional live TV channels, as well as features like 30 hours of Cloud DVR storage. FuboTV does offer a 7-day free trial for new users, which can be canceled anytime.

How to Setup FuboTV on FireStick

Hulu has partnered with several television networks to bring different content to its platform. The Hulu Live TV service has 60+ live TV channels, which includes channels from the CBS Network. Therefore, the 62nd Grammy Awards is accessible on Hulu as well. You can also record it with the Cloud DVR feature, which offers 50 hours of recording by default.

The Hulu app is available on Fire TV devices, and you can easily install it on your Firestick. Visit https://signup.hulu.com/plans to sign up for a Hulu account and Live TV subscription.

We recommend users to go with the Hulu + Live TV plan ($54.99/month), as it gives access to both Hulu’s live TV channels and the on-demand library. The Live TV Only plan is only $1 less than the combined plan, so there’s no point in opting for it.

How to Watch Hulu Live on FireStick

YouTube TV is a relatively cheaper solution compared to Hulu Live TV and FuboTV. With a monthly price of $49.99 only, Youtube TV delivers over 70+ channels in the US, including CBS.

As you can run three simultaneous streams, you can share a single subscription with your friends and family to enjoy Grammy Awards. If you want to watch the Grammy Awards later, you can record it with the DVR feature.

The standalone YouTube TV app is compatible with the Firestick and is available in the Amazon App Store. You can sign up for YouTube TV from tv.youtube.com.

The AT&T TV Now service offers a large on-demand content library and a decent selection of live TV channels at a fair price. The Plus package ($65/month) has 45+ channels, and it includes CBS.

Despite being more expensive compared to other services, AT&T TV Now gives the users more flexibility with a variety of subscription packages and add-ons in different price ranges. You can sign up for a subscription from www.atttvnow.com, log in to the AT&T TV app on Firestick, and watch Grammy Awards on CBS. Besides that, new subscribers get a 7-day free trial.

As the date is coming closer, the hype for the 62nd Grammy Awards is rapidly building up among music lovers, and we all are eager to watch it. In this guide, we have discussed a couple of live TV services to help users stream the Grammy Awards 2020 on Firestick. Make sure to tune in to CBS at 8 pm (ET) or 5 pm (PT) on 26th January to catch the award ceremony live.