WWE on firestick is one of the best ways to stream live WWE events for free. In this article, I will share a depth guide to watch Live WWE on Amazon Fire TV Stick.

WWE (World Wrestling Entertainment) is an American sports entertainment brand known for professional wrestling. It is the largest privately-controlled wrestling promotion in the world, with 500+ events per year and 40 million viewers worldwide.

There are many ways you can stream WWE online, as people are moving to online replacements for fulfilling their needs at a lower price than cable TV subscriptions. In case you own a Firestick, you can use the affordable streaming device to stream WWE events on your TV. You can go through this guide to watch WWE on Firestick.

Alert – Watch WWE with VPN – Read Before You Continue…

One of the things you need to stream WWE on Firestick is a VPN app. Virtual Private Network, commonly known as VPN, allows users to hide their personal IP addresses from third-party trackers. The download and upload data go through a stack of privately hosted servers, making your private internet activities fully anonymous.

In some countries, Internet service providers and third-party advertisement trackers collect information based on your browsing history. If you watch WWE for free from an unknown source, you actively violate the copyright laws. You can end up receiving a copyright infringement notice from your ISP.

In other cases, WWE Network has geo-restrictions on some of its PPV or exclusive content. If you are outside the US, you can use a VPN to unblock the content you paid for. Apart from that, your ISP has the ability to throttle your internet speed for using streaming services such as Netflix or Youtube. You can use a VPN to avoid buffering, especially when watching live WWE matches on FireStick.

I personally use IPVanish VPN While streaming Live sports, movies & TV series. IPVanish is one of the most secure VPN for firestick. I highly recommend you to protect yourself with IPVanish VPN. It comes with a 7-day money-back guarantee with solid customer support. Currently IPVanish running of limited time offer, you can get from below link.

How to Watch WWE on Firestick 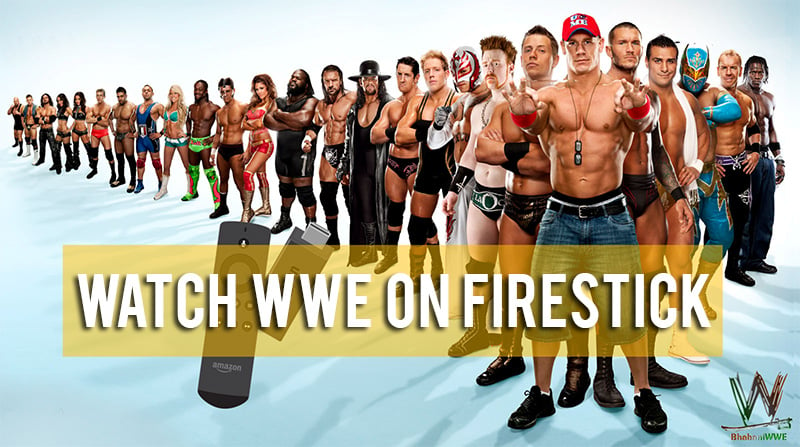 There are a couple of ways you can watch WWE on your Fire TV Stick device. Carry on through this guide to learn and decide your streaming source. 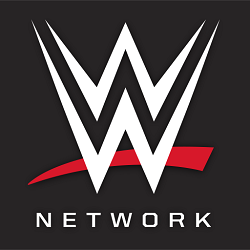 WWE Network is the official video streaming platform primarily focused on 24/7 exclusive WWE content. It is the official way to watch WWE on FireStick. With the membership, you get access to not only the latest WWE events but also the classic archived collections.

New content is added every week, with weekly access to NXT, Mae Young Classic, and the U.K Championship Tournament. You also get access to the highlights of live Raw and SmackDown matches on-demand.

For only $9.99/month, you can also watch pay-per-view events like WrestleMania, Royal Rumble, Summer Slam, and Survivor Series at no extra cost. New members also get a 1-month free trial which can be canceled anytime.

Another great way to watch Live WWE on Firestick is the Mobdro android app. Mobdro is a live TV streaming app based on multiple open-source web scraping libraries and indexation tools. It constantly looks for free video streams from various media hosting sources and makes them accessible from the app. The app is entirely free-to-use, with some ads to go with. With Mobdro, you can watch HD WWE broadcasts for free on Firestick. It also has cast support so that you can cast the stream from your smartphone to your Fire TV device. You have the option to capture WWE matches and watch them offline on your device whenever you want.

When using the Mobdro app, make sure you have a VPN enabled. Otherwise, you might get into trouble as the app sources out streams from unknown or illegal sources. The app is not officially available on the Amazon App store but we have a written guide to install mobdro on your Amazon devices.

How to install Mobdro on Firestick

Kodi is undoubtedly the best media player that supports a wide range of devices. This open-source media app has exceptional customizability and advanced configuration tools for creating the ultimate video streaming app that suits your needs. One of the best features of Kodi is a third-party extension or ‘add-ons’ support.

You can use some WWE add-ons to stream your favorite content on Firestick. This means you can enjoy WWE on Firestick via Kodi using various third-party video streaming add-ons. We are listing two of the best add-ons for Kodi below, which you can install to stream WWE shows and exclusive PPV events.

How to Install Kodi on Firestick

UK Turk Playlists is a popular Kodi add-on that hosts over 100+ live TV channels from the UK, US, and Canada. When it comes to sports channels, nothing offers better than UK Turk Playlists. You will find almost all the popular live sports channels that broadcast not only live WWE matches but also NFL, NHL, NBA, Golf, and many more. You can also access the WWE Network channel for free. To install the add-on, visit the add-on cloud repository.

Cerebro IPTV+ add-on for Kodi provides 350+ live TV channels from across the world, including popular entertainment, news, infographic, kids, and sports channels. You can use this add-on to stream high-definition WWE matches on Firestick. It uses the same set of indexation tools and codecs as Mobdro does so that can expect a decent streaming experience. If you want to download and install the add-on on your Kodi build, head over to the famous Kodil repository.

Watching WWE on Firestick is relatively easy. You can either install the WWE Network on Fire TV device or try out Mobdro or the Kodi add-ons mentioned in this article.

You can follow the instructions above to install WWE Network on Firestick. In case you want to access geo-restricted content, you can use a VPN. If you are streaming WWE from Mobdro or third-party Kodi add-ons, make sure you are connected to a secure VPN network to avoid receiving a copyright notice from your ISP. 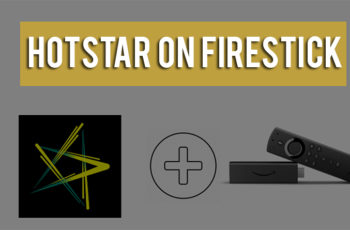 In this article, I will show you how to download … 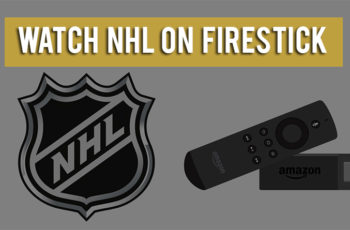 NHL needs no introduction to hardcore hockey fans. But for …