With the rise of affordable streaming services and streaming hardware, cable TV services have seen a considerable decline in their userbase. However, popular telecommunication companies like AT&T in the United States have migrated its television business over the internet with the TV Everywhere initiative.

AT&T TV and AT&T TV NOW are prime examples of two different types of live TV streaming services. While AT&T TV requires users to sign in with their AT&T cable provider account, AT&T TV NOW asks for a monthly subscription instead of requiring users to have a cable TV connection.

In the United States, there are many OTT live TV streaming services, such as YouTube TV, fuboTV, Sling, Philo, Hulu Live TV, etc. TV Everywhere services like HBO, ABC, CBS, and ESPN are also really popular among those who still pay for a cable TV connection.

However, the cord-cutting scene is not quite mature in European countries, especially in the United Kingdom. The sky is one of the most popular cable TV providers in the UK, and it does also offer its standalone live and on-demand video streaming service named Sky Go. Sky TV subscribers can use it without paying an additional cost.

Amazon Fire TV is a widely accepted streaming platform across the world. Since you have clicked on this article, you most probably own a Firestick for online content consumption. If you have a Sky TV subscription, then you might wonder whether it’s possible to stream live TV channels and on-demand content via Sky Go on Firestick. You can continue reading this article to learn more.

What Is Sky Go?

Sky Go is a TV Everywhere service that offers live TV channels, along with a huge library of on-demand content from several American and British television networks.

Based on your Sky TV subscription, you get access to over 70+ channels, which include ITV, BBC, Channel 4, NHK World, RT, Sky Atlantic, Sky News, British Eurosport, Cartoon Network, as well as all Sky Sports and Sky Movies channels. It even includes catch-up content at no extra cost.

Since Sky Go includes Sky Movies, you will also be able to stream the latest blockbuster Hollywood and British films on the go. Popular movies like Men In Black: International, Spider-Man: Far From Home, Pokemon Detective Pikachu, Ma, The Lion King, Aladdin, Avengers: Endgame, and Star Wars: Rise Of Skywalker can be found in Sky Go’s on-demand streaming library.

On a supported device, Sky Go even offers streaming in Ultra HD resolution, with Dolby Digital 5.1 audio stream. Live TV channels are capped to HD resolution, in case you are wondering. Closed captioning is also available for movies and TV shows.

Sky Go can be streamed on one device at a time. If you can pay £5 extra for the Sky Go Extra add-on, then you can stream Sky Go on two devices simultaneously over Wi-Fi. Download functionality is also unlocked for those who are on a limited data connection.

Can You Watch Sky Go On FireStick?

Sky Go can be downloaded on a wide range of devices. However, it is not officially available for Fire TV devices. Although some websites claim to have the Android version of Sky Go working on Firestick via sideloading, we have tried it ourselves and found it to be an attempt to mislead the Firestick users.

Sky Go is unavailable on the Amazon Appstore for unknown reasons. But, we can assume that Sky doesn’t want its subscribers to replace the Sky TV set-top box with a Firestick for live TV and on-demand content consumption.

What Devices Can You Use to Watch Sky Go?

You can watch Sky Go on a smartphone or tablet running Android 4.4/iOS 10 or later versions of the operating systems. The Sky Go desktop app is available for Windows and macOS devices.

If you have a PlayStation 4 or Xbox One gaming console, then you can also use it for watching Sky Go. However, you will need the Sky Go Extra add-on in order to enjoy Sky Go on gaming consoles.

Below is a list of few alternatives that offer almost the same amount of live and on-demand content as Sky Go, if not more. These services are officially available on the Amazon App Store, and you can install them easily on your Firestick.

This article has hopefully cleared your doubts on whether you can watch Sky Go on Firestick or not. Until Sky finally decides to roll out Sky Go for Amazon Fire TV, you can download and install the alternative streaming apps mentioned here.

If you have more questions regarding this topic, don’t hesitate to ask us via the comments section below. We will soon reach out to you with an apt reply. 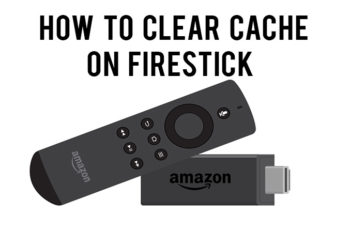 In this walkthrough, I will show you how to clear … 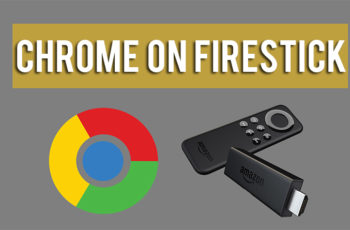 The following tutorial will show you How to Install Google …